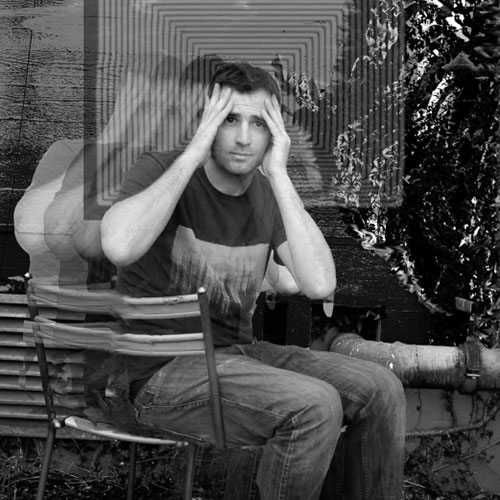 Feldermelder is, Manuel Oberholzer. As a young teenager he made his initial efforts on a Amiga 500. The discipline and focus that was needed to work on trackers still lives on in his creative beats and arrangements. Feldermelder’s influences range from the decomposed structure works of Steve Reich and Stockhausen to more classic Jazz, electronic and analog music from the now and before.

The diversity of the music that inspires Feldermelder finds reflection in his own sonic adventures, informing his ever evolving sound, combining as map and compass to guide his artistic outbursts. His psychedelic live acts, played on a wide range of analog and controlled digital equipment, made him perform in all Europe, Japan, Colombia, USA, Russia, Brazil, Argentina, Peru and Chile.

His endless research with others musicians made him become even more obscure, allowing him to play all different kinds of venues, Clubs, Ruins, Festivals, Squads, Museums Forests, Mountains, Jungles and Boats. Other Projects like Black Cargoes, Deconstructing Drumboys, FM Grand Trio made him tick all different universes, and explore new ways to express.

Coming to the attention of Spezialmaterial and other labels in early 2002, Feldermelder has also shone as an innovative remixer, re-working Sinner DC, Scrubber Fox, Mochipet, The Sign & the Opposite, and many others. His music was once described as „the lost art of keeping a secret.