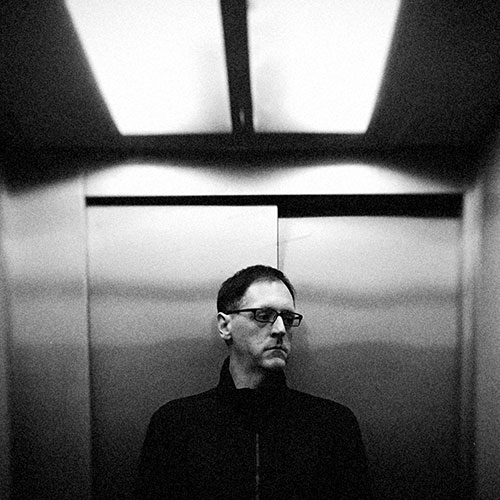 Although a relative newcomer to the contemporary techno scene, Mahk Rumbae – the British born, Vienna based producer behind Codex Empire – has been creating challenging experimental electronic music for 25 years working as one half of industrial/experimental band Konstruktivists as well as a raft of varied solo and side-projects.

“Berghain and Boiler Room earlier this year was a huge thing for me, particularly as they were the biggest events I have played in 25 years of making music”, according to Mahk. Being a member of UK Industrial act Konstruktivists and Oppenheimer MKII, the band he formed with Oppenheimer Analysis‘ Andy Oppenheimer, the step towards Codex Empire’s EBM and Industrial infused Techno tunes is only seemingly strange, yet very consequent.

All the attention Codex Empire rightfully earned led to something bigger, as Mahk transformed The Soft Moon‘s Without, a slow and creeping track, into a club smasher, out on Deeper Remixed Vol. 1, for which Ancient Methods, Phase Fatale and Blush Response laid their hands on The Soft Moon’s recent album, and this remix gained Mahk a support slot for The Soft Moon’s recent tour.

Coming from a “non-Techno crowd” himself, the observation that many people associated with Minimal Synth, Industrial, Post Punk or EBM are responsible for some of the most exciting Techno-based releases these days, in some ways, it is a sign of quality, as Blush Response‘s Reshaper on Ant-Zen, Phase Fatale‘s Jealous God debut EP or Samuel Kerridge’s Fatal Light Attraction already made some good calls for the inevitable editorial top tens. The open-mindedness that defines this blurry, somewhat undefined scene is highly interesting.